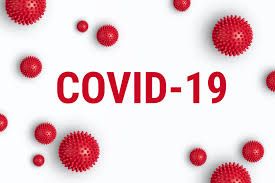 About the Super Museum

The world famous Superman Museum officially opened in 1993 in the Man of Steel's official hometown of Metropolis, Illinois on Superman Square.

The museum features over 70,000+ items from the life's work of longtime Superman enthusiast and collector, Jim Hambrick who has amassed one of the greatest collections of Superman memorabilia in the world.  Among the items showcased in the museum from the iconic superhero's 75+ year history are virtually every Superman toy ever produced as well as movie props and promotional materials from all the Superman movies & TV series (including "Smallville" and "Man of Steel") and one of the only George Reeves Superman costumes still in existence.  The museum is organized around particular eras and portrayals of Superman, spanning television, movies, and comics; and is changed frequently, to encourage repeat visits.

The Super Museum has received many honors as well including being awarded "#1 Small Town Attraction In America". It has also been proudly featured on television on the shows The Daily Show, Entertainment Tonight, EXTRA, Treasures in your Home, ABC, NBC, CBS, FOX, "Kovel's on Collecting", TNN, 'E' Entertainment Television, & Unsolved Mysteries as well as dozens of documentary and News programs around the world.

If you ever have the opportunity to travel to Metropolis, Illinois, we invite you to stop by the Super Museum for some SUPERFUN
FOR THE ENTIRE FAMILY!!!

Check out our Super Museum photo gallery. Lots of pictures of our Superman Collection and history on the museum.

Shop our museum gift store from the comfort of home... Your one stop shop for all things Superman.

Keep up with what is going on at the Super Museum, events, history, Superman in Film and Comics, sales, exhibit updates.

Better yet, see us in person!

We love our visitors, so feel free to stop by during normal business hours.

General Admission is $5.00 children 5 and under are free with a paid adult.

Your support and contributions will enable us to meet our goals and improve conditions of the Super Museum. Your generous donation will fund our mission to improve current exhibits and add additional photo opportunities and interactive displays. We also accept museum item donations.

SUPERMAN and all related elements are the property of DC Comics. TM & © 2018